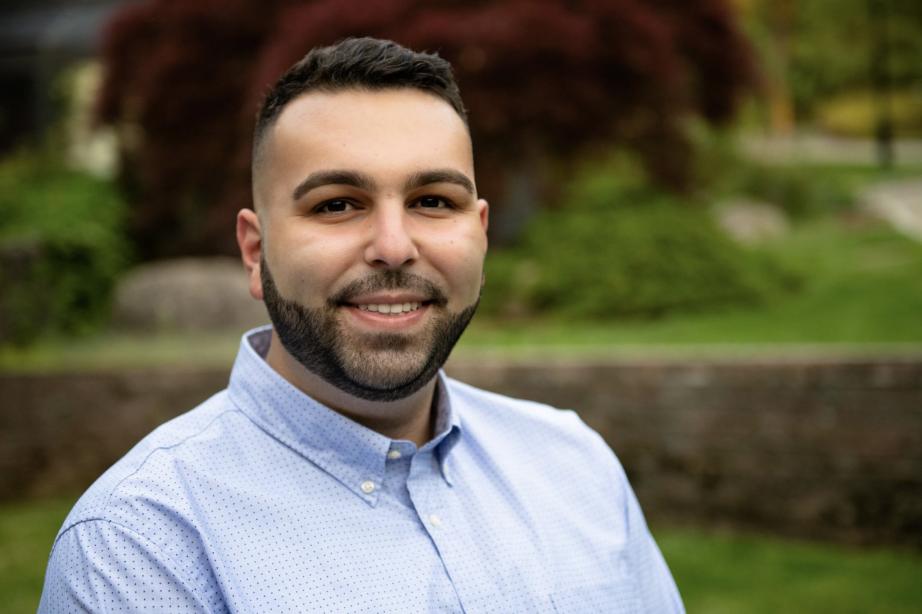 College of Arts and Sciences

Study abroad ambassador who volunteered with the Office for International Education after studying abroad at John Cabot University in Rome, Italy, in fall 2016.

News editor and social media manager for The Rider News

Co-host and producer for “Sustainable You” on 107.7 the Bronc FM

Correspondent for The Hudson Reporter

Internship at NJ.com and The Star-Ledger

College of Arts and Sciences

Study abroad ambassador who volunteered with the Office for International Education after studying abroad at John Cabot University in Rome, Italy, in fall 2016.

News editor and social media manager for The Rider News

Co-host and producer for “Sustainable You” on 107.7 the Bronc FM

Correspondent for The Hudson Reporter

Internship at NJ.com and The Star-Ledger

Gianluca became familiar with Rider University early on in high school, when his brother graduated from Rider’s Westminster Choir College in 2012. Knowing he had an interest in pursuing an education in journalism and digital media, Rider stood out as a college that offered hands-on experience beginning freshman year, which was a major selling point compared to other schools that required students to wait until sophomore/junior year. “Rider has a small but mighty communication and journalism department, with the best facilities I’d seen among the colleges I visited, a great track record of students landing high-profile internships and jobs, and professors who truly care,” says Gianluca.

Growing up as part of the LGBTQIA+ community, Gianluca knew that diversity would play a big part in his college choice. He wanted to feel welcomed wherever he landed. Rider gave him the comfort and freedom to be himself.

To say that Gianluca’s Rider resume is vast would be an understatement. Gianluca took advantage of five internships including one as a correspondent for The Hudson Reporter and NJ.com while simultaneously hosting and producing a radio talk show, “Sustainable You,” on Rider’s student-run radio station, 107.7 The Bronc FM. He also worked as a tutor for fellow communication students, a community advisor and an editor for The Rider News, the University’s award-winning student newspaper.

As a journalism major with a passion for storytelling, Gianluca discovered that being a good listener and learning from other people's perspectives would help him become a more well-rounded journalist and, ultimately, a more thoughtful and emotionally intelligent person. Through classroom and campus leadership opportunities, Gianluca says he developed a “stronger sense of confidence” that prepared him for every new challenge that came his way. 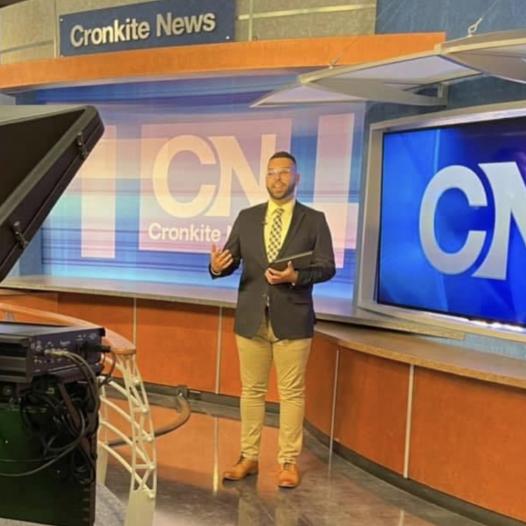 Studying at Rider taught me the importance of being an engaged citizen of the world and valuing diversity.”

Rider showed Gianluca the importance of an interdisciplinary education. He says that the opportunity to take “unique and fascinating classes” thanks to the Baccalaureate Honors Program gave him the experiences that inspired him to stay curious and driven to learn. Some memorable classes included a seminar on environmental issues at the Jersey Shore, a course on music and political culture at Westminster, and “Political Campaign Persuasion,” a class where Gianluca created his own campaign advertisements for potential gubernatorial candidates.

“Lessons I learned from Rider, often from courses totally outside of my major, always come up in unexpected, pleasantly surprising ways,” says Gianluca. Shortly after Gianluca graduated from Rider, while interning at NJ.com and The Star-Ledger, he wrote a story about an increase in turtles crossing roads during their nesting season. “Almost immediately, my knowledge from a presentation I did for my Jersey Shore course started coming back to me,” he recalls. 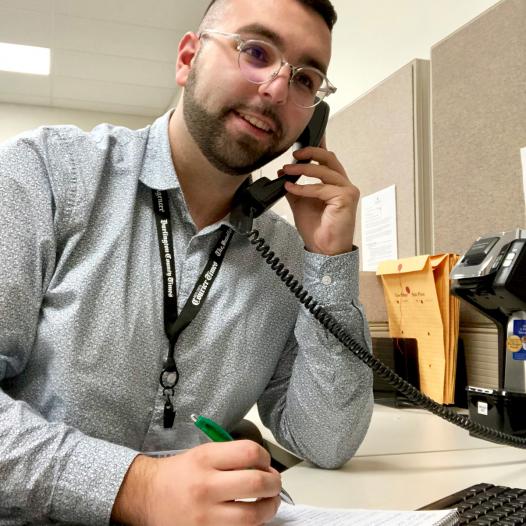 As a student journalist, I felt that my department and the University's student media outlets excelled in shaping me into a competitive candidate to break into our region's media landscape.”

Gianluca took comfort in knowing that students at Rider took part in and valued the student newspaper, The Rider News. Students would often send in potential stories and corrections, so Gianluca took his work for the paper seriously. Gianluca often found himself racing with other news outlets to publish breaking stories. He says this helped him develop skills as a “sharp writer” and a responsible reporter.

Gianluca’s experience at Rider encouraged him to pursue his passion for journalism and communication. Professors provided him with mentorship and advice and were invested in his journey.

Gianluca worked as a reporter for the Burlington County Times in 2019 and 2020 where he won first place in Feature, Lifestyle and Entertainment Reporting in the New Jersey Press Association's “Better Newspaper Contest.”

Gianluca continued his education in a master’s program in mass communication at Arizona State University’s Walter Cronkite School of Journalism and Mass Communication. At the beginning of 2020, he was offered a position in ASU’s Robert Wood Johnson Foundation Health Reporting Fellowship program and a graduate research assistantship with the program's director. Knowing the importance of medical communication, especially given the pandemic, he reported on health care disparities in the Southwest for Cronkite News and Arizona PBS.

After completing his master’s degree, Gianluca moved to Rochester, N.Y., with his partner (a fellow Rider graduate) and started working at the University of Rochester Medical Center. There he works with a variety of doctors overseeing communication, social media strategy and production, and multimedia development.