Anthony Blake Clark and Simon Halsey will visit during February and March. 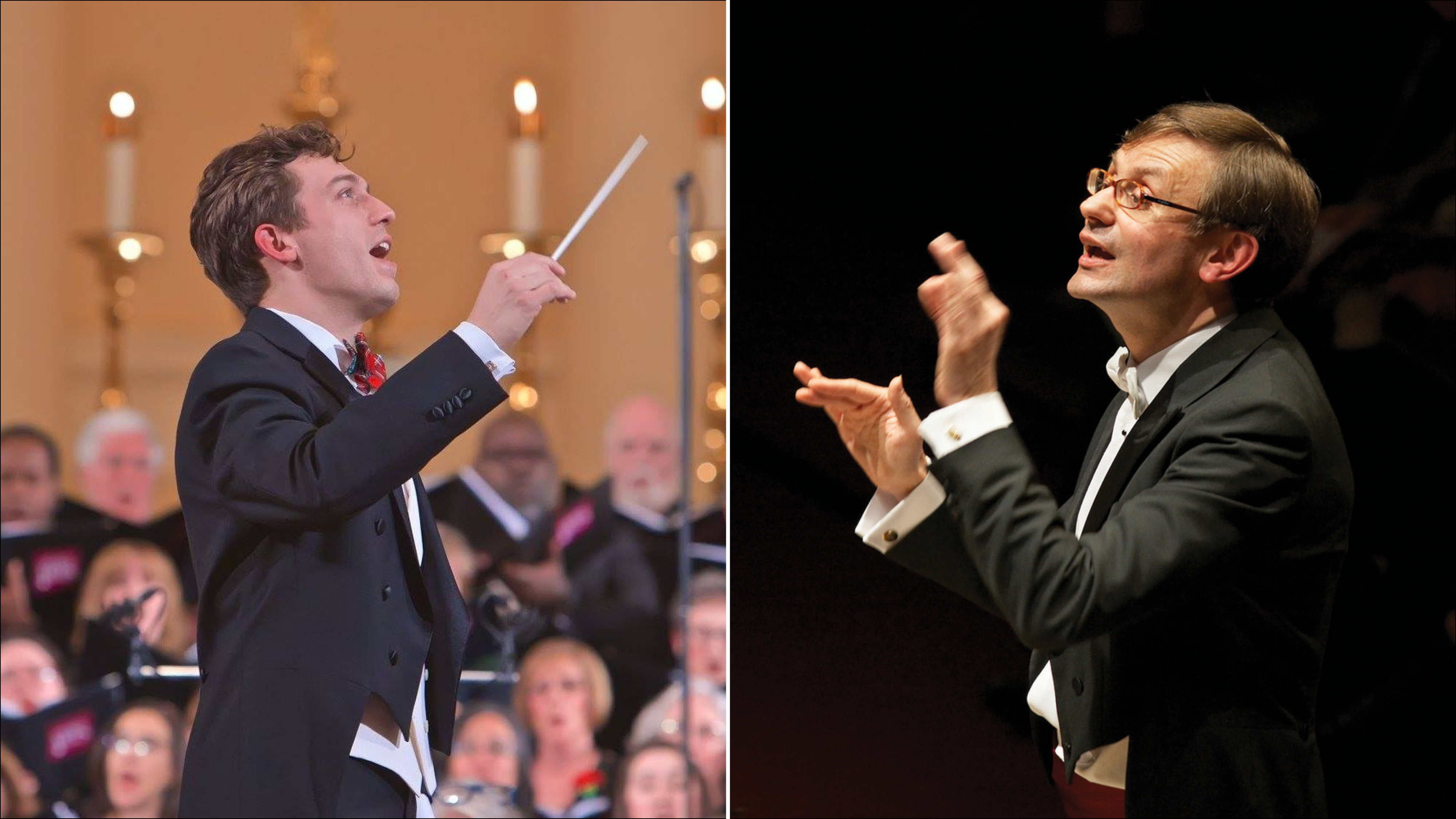 The Westminster Symphonic Choir and conductor Steve Pilkington are welcoming two guest conductors in February and March. Anthony Blake Clark, conductor of the Baltimore Choral Arts Society, will work with the ensemble from his home in Maryland in February. Simon Halsey, who holds positions across the UK and Europe, will join the choir from his home in the UK in March.

Clark’s residency is titled "Say Their Names: from the Crucifixion to the Black Lives Matter Movement.” He says, “We will juxtapose Domenico Scarlatti’s “Stabat Mater,” a piece from the Baroque era that speaks of death and loss through the lens of Christ's crucifixion, with music written recently about the senseless deaths of black men and women at the hands of police officers: excerpts from Joel Thompson’s "Seven Last Words of the Unarmed" and Alysa Lee’s “Say Her Name.” We will tie the theme back to the classical canon by exploring the hope amidst grief and loss found in the second movement of Brahms "Ein Deutsches Requiem" - “Denn alles Fleisch es ist wie Graß.”

Halsey’s program, titled “Simple Gifts,” includes Benjamin Britten’s setting of the unison folksong “The Salley Gardens.” He says that he chose this piece to show “how a genius (Britten) takes a folk melody, adds a great poem (by WB Yeats), adds a metronomic right hand in the piano to formalize it into an art song and then illustrates and undermines the poem with a dissonant left hand.” Halsey hopes the students in the choir will reflect on how Britten worked, the relationship of text to music, and the tradition of unison singing. He adds, “Unison singing demands perfect intonation, uniformity of vowels, consonants phrasing, and listening.”

With Halsey, the choir also will study “Old Abram Brown,” from Britten’s choral setting “Friday Afternoons.” Singers will learn the importance of scales and arpeggios, good singing technique, a clear sound, communication among each other, feeling an inner pulse, clarity of diction, and legato phrasing, all in a song written for children. “This will be quite relevant with so many singers studying to be conductors and teachers of children’s choirs,” he says.

Additionally, the ensemble will focus on “Peace on Earth” by contemporary Black female composer Errollyn Wallen. Halsey says, “This selection is a beautiful piece that demands attention to diction, imagination on the part of the singers and enables them to reflect on minimalist style.”

Consistent with the theme of simple gifts, Halsey will also focus on “The Lamb” by John Taverner and “Stateless” by David Lang, which requires 12 soloists without a conductor, each sharing their story of displacement. He will conclude his residency with a focus on Aaron Copland’s “Simple Gifts.”