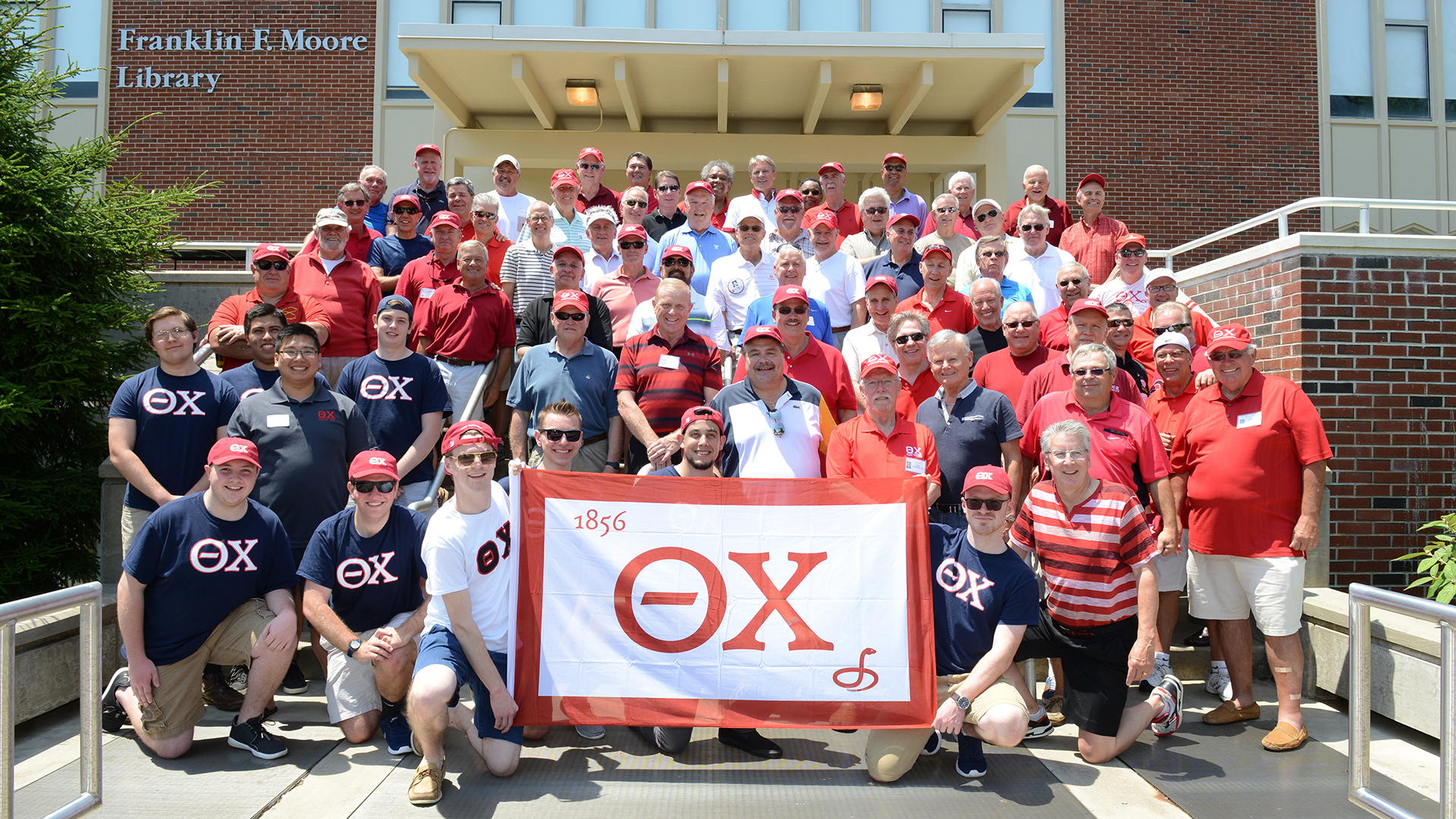 Thirty-seven Rider alumni, all brothers of the Epsilon Rho Chapter of Theta Chi fraternity, have banded together to raise more than $27,000 to endow a scholarship to assist students with financial need.

Their initiative is the 22nd endowed scholarship created at Rider in the past three and one-half years. Endowed scholarships — established through gifts of $25,000 or more — build a lasting legacy by making certain that funds will be available for educational support to students for years to come.

The Theta Chi Endowed Scholarship began with a $5,000 gift from Michael B. Kennedy '72, '75. It soon grew to include contributions from 36 other brothers who sought to provide a scholarship as a way to strengthen the recruitment and retention of new fraternity members, thereby ensuring continued chapter success.

“As a proud member of the Epsilon Rho Chapter of the Theta Chi fraternity, I experienced firsthand the power of the brotherhood during my undergraduate years at Rider,” says Kennedy, a former University Trustee and Board chair. “Supporting the Theta Chi Endowed Scholarship provides me and others in the alumni brotherhood with the opportunity to share that rich legacy with the outstanding men of Rider.”

But perhaps no one was more committed to the process of endowing a scholarship than Gary Newhouse ’69.  “Gary was instrumental in raising funds for this scholarship,” says Tim Urbanek '68. “Without him, it likely might not have come to fruition.”

Sadly, in January, before the establishment of the scholarship could be announced, Newhouse died from injuries sustained in a car accident.

“Gary did so much to help keep the OX brotherhood close during these past years with his communications to the many brothers around the country,” says Urbanek.

Theta Chi is one of the oldest men’s college fraternities in North America with roots that stretch back to 1856. Rider had a chapter on campus until 1992, but the chapter lost its recognition. The chapter was re-established in 2017. It currently has about 40 members and recruits about eight to 12 new members each year.

Endowments provide important financial stability for the University. The funds are invested, and each year a portion (typically 5%) is used, permitting the remaining funds to grow over time.

In addition to scholarships, donors can use an endowment to establish a professorship, support a new or existing academic or special program, underwrite student engaged learning opportunities, or maintain buildings and programs. Endowments can also provide ongoing support for theatre productions, concerts, laboratories and study abroad, as well as Rider’s centers of excellence.

If you’d like to donate to the Theta Chi Endowed Scholarship, please visit  https://rideru.thankyou4caring.org/thetachischolarship. or contact Associate Director of Major Gifts Kathleen Smithem at 609-895-5589 or [email protected].