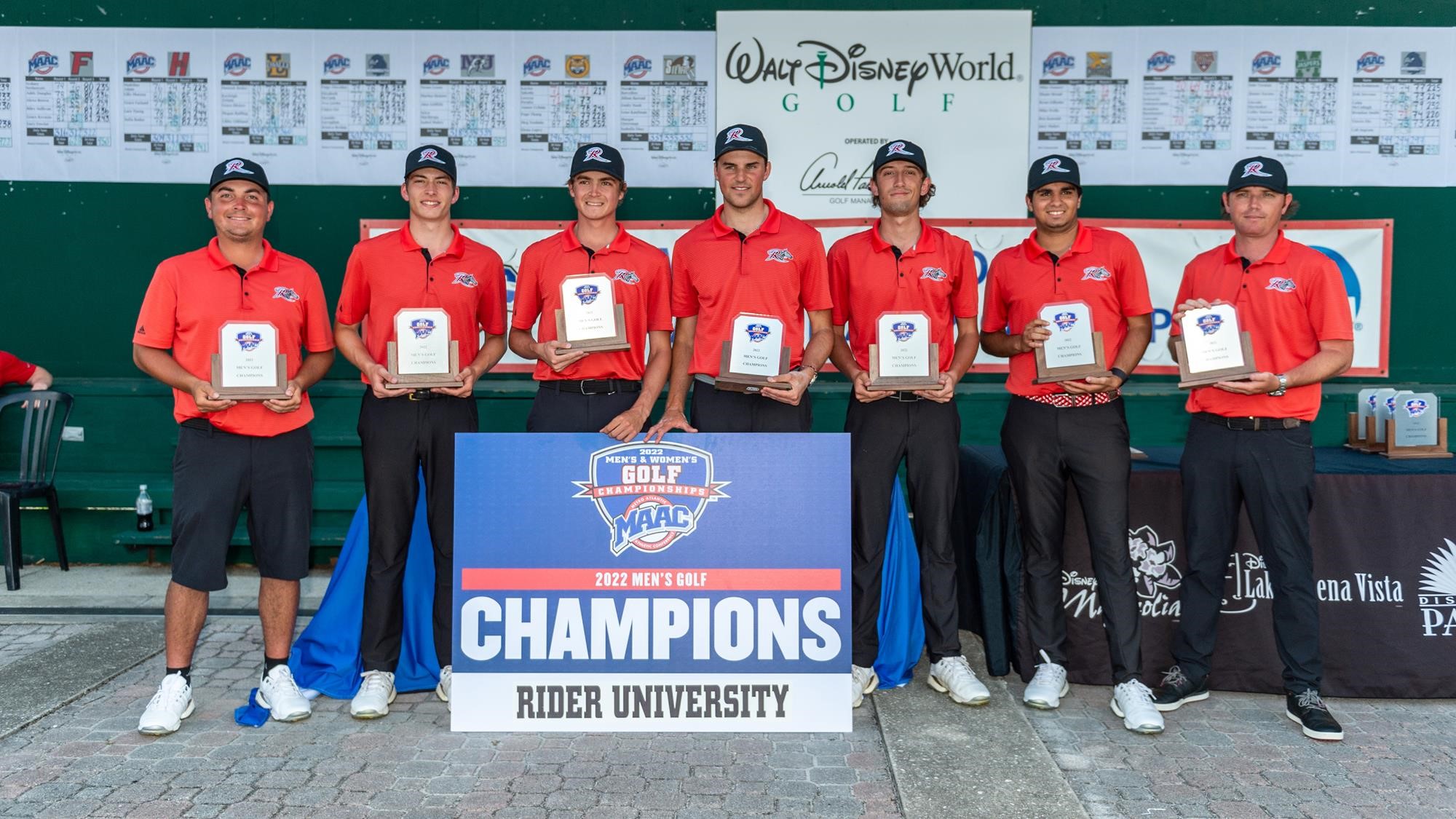 Graduate student Austin Devereux shot three-under 69 Sunday and 213 (-3) for the tournament to win his second-straight McLeod Trophy as a MAAC Individual Champion. He is just the third two-time McLeod Trophy winner in MAAC history and the second to win back-to-back trophies.

Freshman Louie Giovacchini earned MAAC Rookie of the Year. He shot the low round of the tournament (66, -6) to finish a stroke back of Devereux and tie for second (214, -2).

"Can't tell you how proud I am of the guys," says Head Coach Jason Barry. "They worked so hard all off season and just played great all spring. This was much deserved. They fight for every stroke every time we tee it up."

The Broncs opened the day in third place, six strokes back of three-time defending MAAC champion Iona and three strokes behind Fairfield. The Broncs shot one-under 287 as a team, bested only by second-place finisher Siena (285, -3), while Iona (300, +12) and Fairfield (297, +9) both faltered to leave the door open for Rider. The Broncs walked right through, finishing the tournament at 873 (+9), six strokes ahead of Siena (879, +15) and seven ahead of the Gaels and Stags, both at 880 (+16).

The Broncs now await their NCAA Regional destination, which will be announced on May 4, at 4 p.m. on Golf Channel.