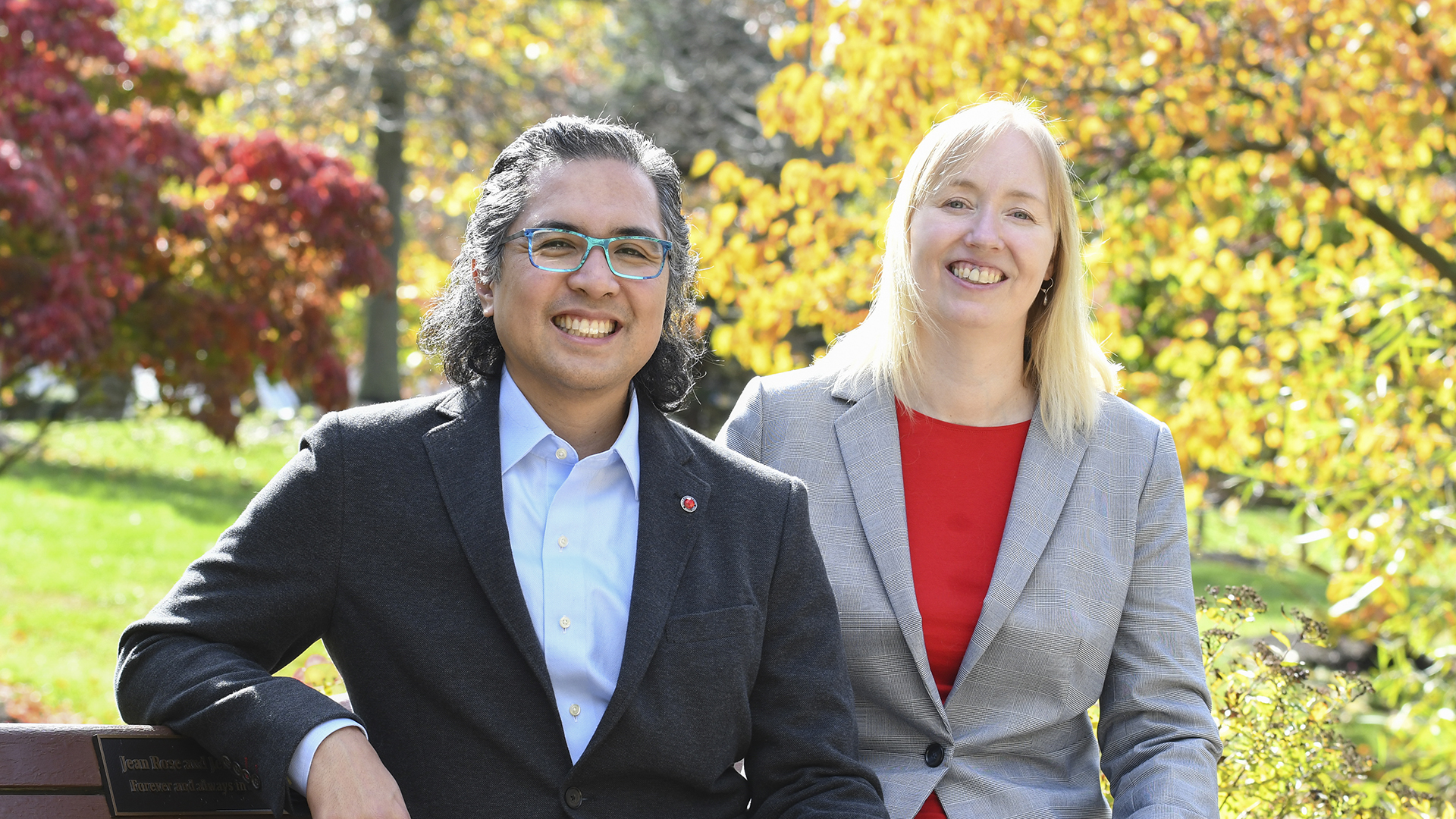 Wright Señeres ’97 has a connection to Rider that is lifelong and multifaceted, and the depth of that commitment is reflected in the planned gift he and his wife, Alice, recently pledged to the University.

A planned gift is a contribution to a charitable organization usually through a will or bequest. This type of gift may be unrestricted, which would allow Rider to direct support to an area of greatest need, or it can be designated for a specific purpose.

The generosity of the Señereses will help support the Annual Fund, science programs, the Baccalaureate Honors Program, the Center for Diversity and Inclusion, and the campus fraternity Sigma Phi Epsilon. It also pays tribute to the Rider people who have played a significant role in Señeres’ life.

The couple’s gift honors Political Science Professor Emeritus Dr. Barry Seldes and retired Department of Languages, Literatures and Cultures faculty member Dr. Linda Materna, as well as the memory of both Dr. Jonathan Yavelow and Señeres’ Sigma Phi Epsilon fraternity brother Tony Whalen ’97. Yavelow, a professor of biology, died in October, and Whalen passed away from Covid-19 in March. All contributed to the formative influence the Rider community had on Señeres’ life. That deep-seated connection to Rider continues to this day.

“It doesn’t occur to me that it has been 24 years since I graduated,” Señeres says. “But I never really left. I feel like I have had some kind of involvement since then, and I feel that I am pretty fortunate in that way.”

His involvement at Rider has taken many forms. After he graduated with a bachelor’s in biology and earned a master’s in environmental studies from the University of Pennsylvania, he served two years on Rider’s Science Advisory Board and nine years on the Alumni Association Board of Directors.

Currently, Señeres is the chair of the student engagement committee for the Alumni Board of Directors, a member of the Taskforce on Rider and the History of Slavery, and a mentor at the Center for Diversity and Inclusion — all while he continues to pursue more education. He is currently a student at Northwestern University where he is working online toward a master’s in information design and strategy.

Señeres’ connection to Rider even brought him together with his wife. He met Alice while attending the wedding of Rider classmate, Rebecca Tedesco Van Ry '97. Alice shares his dedication to higher education. She holds degrees from Tufts and Rutgers and recently received her doctorate in math education from Columbia University. She is currently seeking a master’s in business administration from the University of Wisconsin online. In 2015, she was a Fulbright Scholar in Germany.

Both the Señereses now work at Princeton University, Alice as an assistant dean of academic affairs and Wright as a social media and marketing specialist at the Princeton Entrepreneurship Council. But while he may spend much of his time working for Princeton, and at his other job as an adjunct instructor of web design at Philadelphia’s Thomas Jefferson University, it is Rider that will always hold a special place in his heart.

“Rider really took me and really trained me to be more of an intellectual and to think critically about things, and I want that opportunity for other people,” he says. “The professors I had, and my experiences at Rider, they’re priceless. It is why Alice and I made the gift, and it is why I am involved on campus still. I want that kind of community to continue.”

A planned gift provides a unique opportunity to leave a lasting legacy that reflects one’s values and personal mission. For more information on making a planned gift, contact Director of Planned Giving Dan Pinto at [email protected] or 609-896-5233.