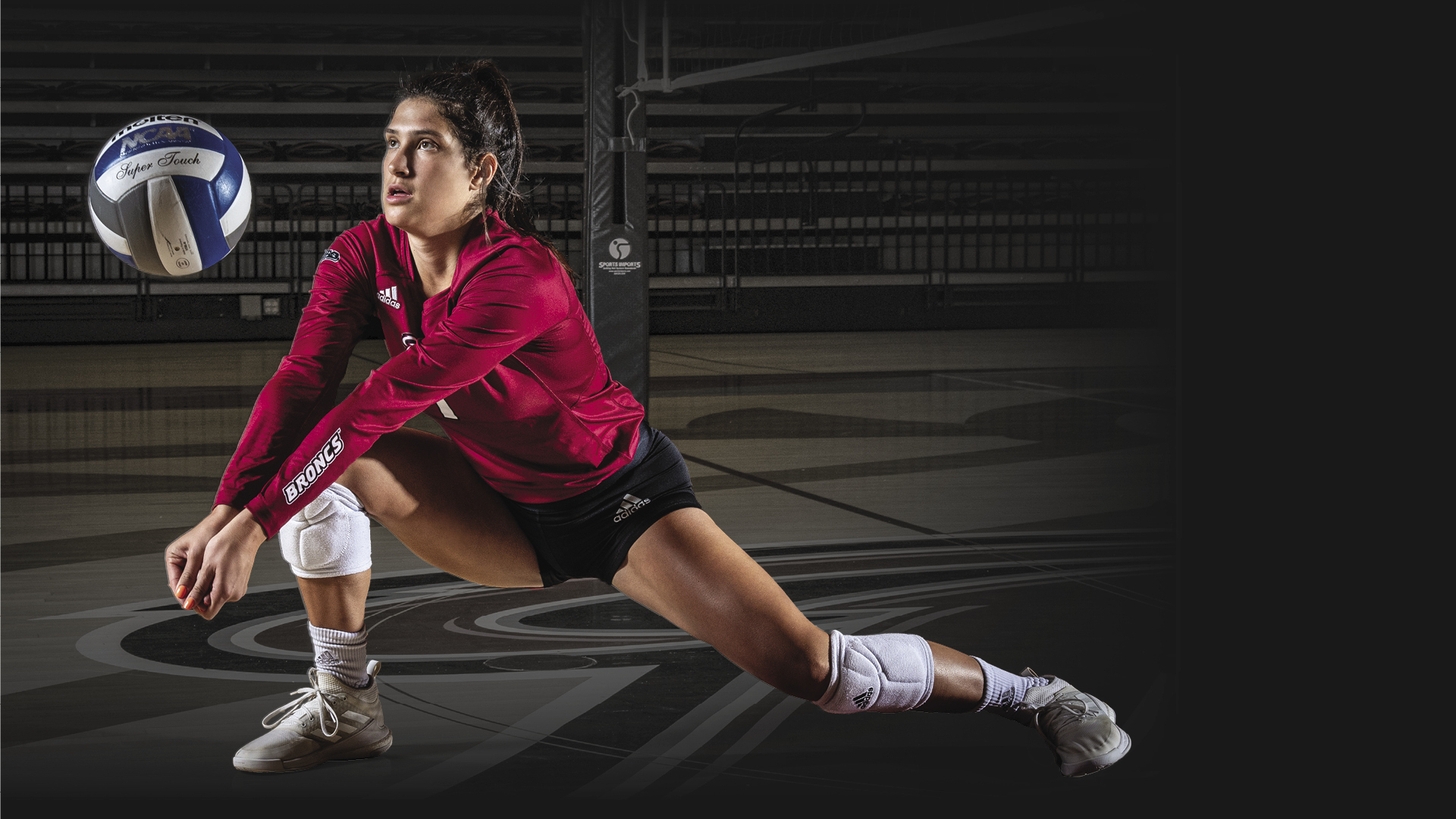 Anilee Sher is getting used to being uncomfortable. For seven weeks this summer, the senior volleyball player trained with Israel's women's national volleyball team, which challenged her to play faster and train harder, all while acclimating to a different country.

“The biggest things I took away from the experience are the emotional and mental toughness aspects of everything,” she says. "I really learned what it would be like playing professionally and saw what it will take for me to be in a foreign country on my own.”

While Israel isn’t completely unknown to Sher (she was born there and holds dual citizenship), the experience brought her squarely out of her comfort zone.

“I know the language, but it’s difficult to be able to express yourself and show who you are in such a foreign place,” she says. “I talked to a lot of the girls that play professionally and overseas and they said it’s just something you have to get used to. You’re always uncomfortable.”

Early mornings, weight training, conditioning and even some beach training were part of the practice regime for Sher. She also had the opportunity to train with American Olympian Logan Tom, who is coaching the Israeli team.

“There were a lot of things I learned just off the bat, different movements that I didn’t have before, different vision because the pace that they’re playing at is extremely fast, a lot faster than I’m used to,” she says.

After an historic season for Rider volleyball, when the team won its first ever Metro Atlantic Athletic Conference (MAAC) Championship and advanced to play UCLA in the NCAA Tournament, Sher is ready to raise the bar this fall.

“I’m excited to bring a new speed to the team and let my teammates know that we can bring a new level to our game. We can rise,” she says.

Individually, Sher amassed a number of accolades last year, including MAAC Championship MVP, MAAC Co-Setter of the Year, and membership to the All-MAAC and MAAC All-Academic Teams. She also led the MAAC and ranked 13th nationally with 11.17 assists per set.

Sher describes the past year as having come "full circle" for her family. Her father, Oren, was an outside hitter on UCLA’s 1989 national champion men’s volleyball team and a member of Israel’s men’s national team. Though the sport has been a family affair for Sher, she’s focused on what’s next after her senior year ends this spring. Playing professionally is the ultimate goal, but having been granted a fifth year of eligibility because of the pandemic, the psychology major may pursue a graduate degree in athletic leadership first.

“This season for me is about the team, but also for getting myself prepared for the next step,” she says. “There’s going to be a lot of individual work I have to put in.”