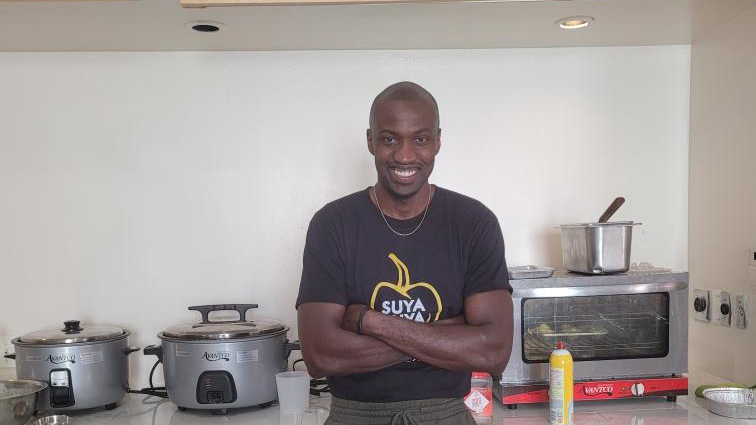 It’s a risk to be a first-time restaurateur, one that becomes exponentially larger when you open during a global pandemic. But Nd-Ezuma is used to taking big risks, beginning when he was 16 years old and made the decision to leave his home in Nigeria to attend high school in New Jersey.

A big fan of Hollywood action movies, he thought life here would resemble what he saw on screen. But when he arrived in suburban Burlington County in New Jersey to enroll in Life Center Academy, a prep school and regional basketball powerhouse, he realized his mistake. Though he quickly adjusted to the scenery, the food was yet another surprise. He found nearly everything he tasted either overly salty or sweet. Living with a guardian and four other high school students, he was perplexed by the unfamiliar processed foods he was offered, like cold cuts. Nigeria, a West African country with a wide variety of ethnic communities, is known for its spicy and fragrant soups, sauces and rice-based dishes.

“I was eating not for flavor but to fill my stomach up,” he recalls.

So he learned to cook for himself, beginning after college, where the 6-foot-10-inch Nd-Ezuma earned a degree in accounting and finance while playing center for Rider’s basketball team. With the help of his mother, who guided him over the phone from Nigeria, he learned to make the dishes he grew up eating.

He found he had a knack for cooking, eventually straying from recipes to add his own spin to traditional dishes of jollof and uto rice and yaji spice-seasoned meats, now staples at Suya Suya. The name comes from grilled meat that his father would bring home as a treat for the family, and it is the centerpiece of most bowls and platters on his menu.

Nd-Ezuma turned to cooking after working as a certified public accountant, a job he found lacked the activity he had grown accustomed to as an NCAA Division I athlete. Although his timing proved problematic (he signed the restaurant’s lease just months before Pennsylvania’s stay-at-home orders were issued), he used the down time to plan how to share his culture through food before finally opening.

Despite the uncertainty of the ongoing health crisis, he remains encouraged by the response so far to the Nigerian street foods he loved as a child. Word is spreading in Northern Liberties, and among his former teammates too. Patrick Mansell ’10, ’13, Brandon Penn ’12, Daniel Stewart ’14 and Coach Kevin Baggett have all dropped by to show their support.

“I am 100% excited to be doing this,” he says. Once again, Nd-Ezuma has found that risk has its rewards.